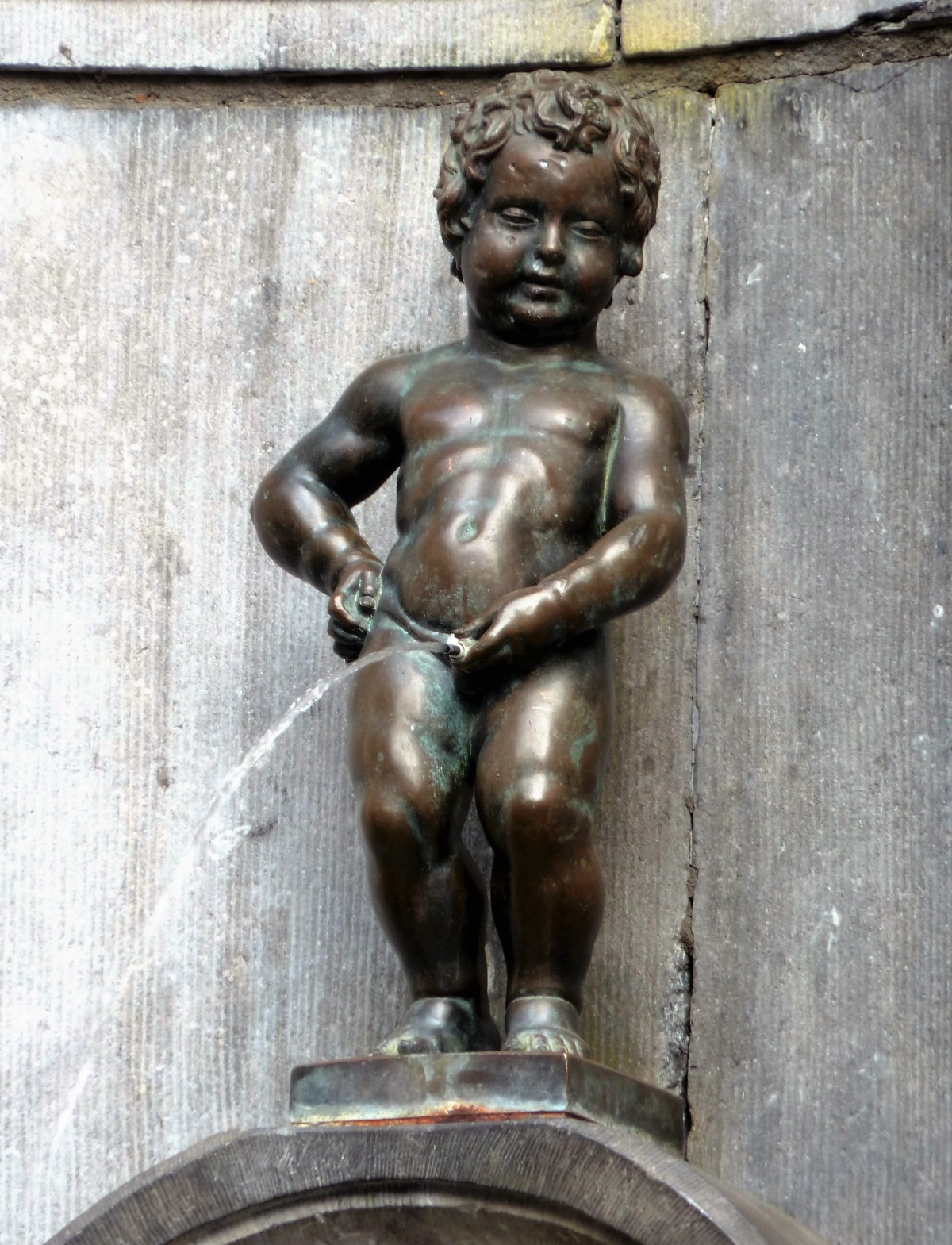 Taking a Leak by the Side of the Road

1
It’ a nuisance, stopping to take a leak,
standing roadside, pretending to reflect
on sky or landscape, or checking the truck,
or studying the sign that says Moose Creek,
afraid a speeding rig will leave you wrecked,
unable to move, now that the zipper’s stuck.

2
The reluctance you feel to meditate
on your dilemma, or to amortize
the piddling, means you don’t know where you’re at.
I think, why kvetch? after all, your innate
GPS will find you. Time to grow wise,
knowing you’re better off than Tiamat.

3
Having a pee while thinking of—yes, LOL—
how sky waters earth, the war of the gods,
the motivation of Olivia
who falls in love too easily, the troll
under the bridge, and poor Ichabod’s
abasement—leads to more than trivia.

4
Tracing an arc while musing on the Whole,
leaning on the truck, feigning innocence,
you’re in the middle of an excursus
in pressing diamonds out of common coal,
shaking off embarrassment, making sense,
turning the prosaic into verses.

Weird Sounds in the Sky

A mysterious noise from the sky is continuing to baffle people all over the
world—as well as giving those who hear it sleepless nights.
Daily Mail. May 20, 2015

Do not ask, Reader, how my blood ran cold
and my voice choked up with fear. I cannot write it:
this is a terror that cannot be told.
The Divine Comedy, Canto XXXIV

Let’s admit.
It’s the sort of thing, spectacular and scary,
that blunts the ability to contemplate
or the effort at apt description
(except, perhaps, for Philip Terry
and his brash adaptings)
to reproduce in verse weird sounds in the sky—
though few can truly scry or parse
their source or implication:
shofar blast, grinding of tectonic plates,
atmospheric pressures, radio spurts, attack from Mars,

while those who claim to know
pontificate and rave in seminar and lab
about acoustic-gravity waves
generated by the inner core
in frequencies between 20 and 100 Hz—
the Infernal Symphony Orchestra
playing mantic parodies of Glass and Schoenberg
in audible range across the planet,
really streams of corpuscles and bursts of radiation.

Not so.
Deep in the molten core,
icy once but magma now,
beyond and beneath the gate the rims
the City of Dis—
now get a load of this—
the Fiend is acting up.
An evil which bores through the world
and wills to damn it
stretches forth his thawing limbs,
grins grimly and emits
a shriek to rival Heaven’s trumpets
and sends the distant ions
quaking in the earth’s magnetosphere.

Think I’m joking?
Come hither, and I will show thee things
which must be hereafter:
The Manticore rising from the depths,
not known by screen-grab
but by beating of bat-like wings,
demonic hymns
no longer infrasonic or geodynamic or merely literary
but chording the spectrum
from ominous hum to clashing brass
and sounding in the rapturous skies
from Baku to Kentucky to Islamabad.

I mote perceive how in her glauncing sight,
Legions of loves with little wings did fly
Edmund Spenser, Amoretti, 16

David Solway is a Canadian poet and essayist. His most recent volume of poetry  The Herb Garden appeared in spring 2018 with Guernica Editions. A partly autobiographical prose manifesto   Reflections on Music, Poetry & Politics was released by Shomron Press in spring 2016. A CD of his original songs  Blood Guitar and Other Tales appeared in 2016 and a second CD  Partial to Cain accompanied by his pianist wife Janice Fiamengo appeared in June of this year. Solway continues to write for American political sites such as  PJ Media ,  American Thinker  and  WorldNetDaily . His latest book The News from Pluto was recently accepted for publication with Black House in the U.K.